Do you have what it takes to shout about Sunderland?

The hunt has begun to find 21 Mackems of all ages to fly the flag for Wearside as part of the UK City of Culture 2021 bid.

The community champions will liaise with the Bid Team to make sure as many voices as possible are heard when it comes to shaping the city’s cultural future.

It was recently announced that Sunderland had made the shortlist of five cities for the coveted title, the winner of which will be announced in December. The team are now putting together the second stage bid and are hoping the 21 volunteers will help to reflect the city’s passion.

Rebecca Ball, director of Sunderland’s 2021 City of Culture bid, said: “We were obviously thrilled to be one of only five cities to go through to the next stage and we’re already working hard on putting together the all-important second stage bid document.

“We want to make sure we hear as many voices as possible, that we understand what people and communities want to see in the bid and in our artistic programme if we’re successful.

“It’s an important role, with our 2021 community champions representing the areas and neighbourhoods they’re from or live in. We’re looking for people aged from seven to 107, from different backgrounds and with different perspectives from across the city, but who all have a passion for Sunderland and understand the transformative effect a successful bid would have.

“Our 21 community champions will play a vital role in giving their community a voice and helping us pull the bid document together. We’d also want them to play an important role should our bid be successful. Their input could be invaluable, but shouldn’t be too onerous or time consuming.”

The other short-listed towns and cities bidding for UK City of Culture 2021 are Swansea, Coventry, Stoke and Paisley. The second stage bid has to be into the judges by September 29 and the successful city will be unveiled in the current City of Culture, Hull, in December. If you would be interested in becoming a community champion, or would like to nominate someone else, write to the bid team in 150 words or less giving the reasons why. 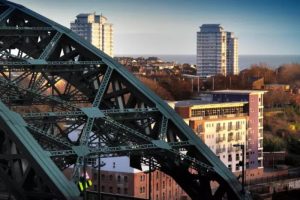