Home › News › The Forgotten Railway that Changed the World – Blog #55

The Forgotten Railway that Changed the World – Blog #55 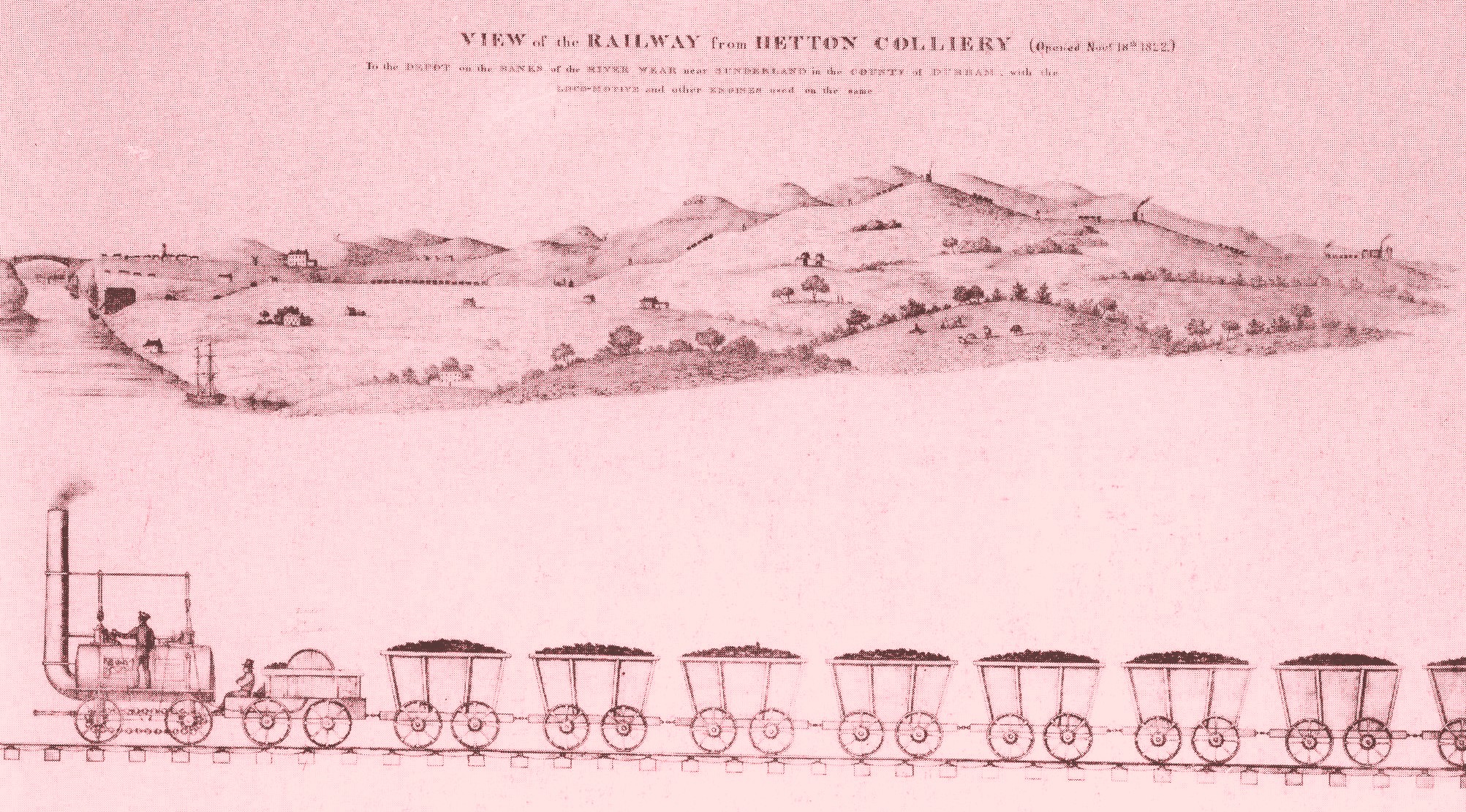 In 1822, a British engineer connected a steam engine to a train of mine waggons full of coal. The engine drew the waggon along an iron rail over thirteen kilometres long from the mine to the nearest harbour. This was the first railway in the world designed to use steam locomotives. Clearly, if steam could be used to transport coal, why not other goods and why not even people?

This was the Hetton Coal Company railway, from their mine at Hetton to the staithes at Sunderland, it was designed by George Stephenson. Construction started in March 1821 and the first shipment of coals was on the 18th of November 1822, to much acclaim. By April 1821 George Stephenson was appointed engineer for the Stockton to Darlington Railway and his younger brother Robert was appointed resident engineer at Hetton.

To show how revolutionary this railway was for transport and travel at the time. We relate the journey of Nicholas Wood and George Stephenson to see Edward Pease at Darlington. The reason for their visit was to promote steam locomotives and Stephenson as a railway engineer, for the proposed Stockton to Darlington Railway, which at that time was to be drawn by horses.

Early on a summers day in 1821 George Stephenson started from Killingworth with his friend Nicholas Wood, viewer at the colliery there, to visit Edward Pease at Darlington. They would ride by horse to Newcastle, then by stage coach to Stockton, from there they would walk over fields to Pease’s house in Northgate, Darlington. By the time they had convinced Pease to use steam locomotives and of Stephenson’s worth, there was no transport available and they walked the 18 miles to Durham, arriving by midnight.

Before steam the ways of doing work (defined as moving a load through a distance) were limited. Growing and harvesting crops to feed humans and animals, gave them the energy to do work, by providing food that the body could convert into energy, allowing them to continue to plant crops, using the beasts to pull ploughs and carriages. Other sources of energy that could be used to do work were from flowing rivers, driving wheels, or wind caught in sails to move ships and mills.

It took a long time for someone to realise that the steam lifting the lid on the kettle was doing work, releasing the energy from burning coal to heat the water, thereby producing steam with enough pressure to lift the lid. In 1712 Thomas Newcomen would build the first practical steam engine, used for pumping water from mines. It was very inefficient and the development of a more efficient engine would benefit from the efforts of many early engineers, Watt, Trevithick, Hedley, Hackworth, Wood, Stephenson and others.

The 1822 Hetton Railway would prove to be a major pioneering step in railway development and contribute to the growing stature of George Stephenson as a railway engineer. By 1825 the Stockton to Darlington Railway was opened, followed in 1830 by the Liverpool to Manchester Railway. Within the next twenty years Britain had thousands of kilometres of railway tracks.

The world was changing!

Now forgotten by many, this railway changed the world and should have a high profile in the heritage of Hetton and Sunderland. Its 200 year anniversary will be coming up soon.

If you want any information on Hetton-le-Hole the Village Atlas is on the HLNHS web site at http://www.hettonlocalhistory.org.uk/villageatlas.htm