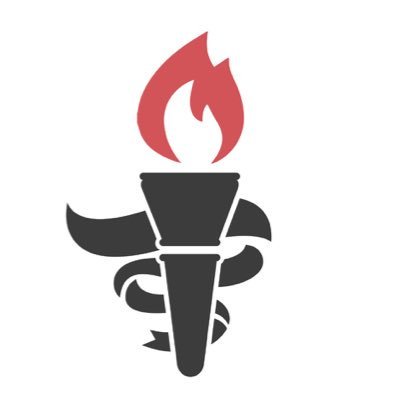 A spectacular live performance will mark the opening of Sunderland’s new arts hub.

A joint commission from the Cultural Spring and Sunderland Music, Arts and Culture (MAC) Trust to deliver a free performance for the opening of The Fire Station has been won by internationally-acclaimed outdoor theatre company Periplum.

More than 200 local people will be involved in the £120,000, six-month project which will be a new interpretation of the Lambton Worm legend and involve several community participation programmes. It is expected that at least 100 local people will perform in the opening event, which is scheduled for late November. Funding has come from the Cultural Spring, MAC Trust, the Arts Council’s Grants for the Arts scheme and smaller grants from Nexus, Sunderland BID and Gentoo.

Three delivery partners will work alongside Periplum – Live Theatre, Dance City and Sunderland Music Education Hub (SMEH). The opening performance, which will be a mixture of movement, music and drama is expected to attract an audience of between 1,500 and 2,000 people and will be presented outside of and around The Fire Station in High Street West.

Emma Horsman, Project Director at the Cultural Spring, said: “We’re hugely excited by what Periplum have planned – it will be a fantastic evening and a suitable climax to months of workshops and rehearsals in our Cultural Spring wards. Periplum have a much-deserved reputation for their work around the world and we’re delighted to be working with them on this project.”

The company has worked with composers, designers, engineers and pyrotechnicians to deliver highly visual and emotionally explosive work in this country and abroad. Their work has included projects for the National Theatre, the British Museum, the BBC, Arts Council England and Brighton Festival. Local work has included projects with Gateshead Council and Stockton Riverside Festival. Upcoming projects include working in Krakow, Poland and Hull as part of the City of Culture 2017 celebrations.

Artistic Director Claire Raftery said she was excited at the prospect at working in Sunderland: “We did a lot of research in preparing our bid for the commission and we’re really looking forward to working with such great partners on what will be a memorable evening and enjoyable community participation programmes.

“Our project will be based on a Sunderland dragon and will be a modern take on the legend of the Lambton Worm. We see the dragon as a symbol of renegeration and reawakening, which is really what the new Fire Station and cultural quarter are about too.

“We’re already working closely with Live Theatre, Dance City and SMEH – we’ll give them a brief based on the narrative we’re developing and then will be checking in with them to see how they’re working with their specific community groups. It will all then come together for the one-off performance.

“We’re hoping to weave in local stories and characters into the narrative, so will be speaking to lots of Sunderland people to hear their stories. The show will be a celebration of Sunderland, its people, its history – and its future. A show delivered with, and for, and about the people of the city.”

The Fire Station Director Helen Green said: “We were thrilled at the standard of entry into the commissioning process, but Periplum’s ideas and enthusiasm stood out. They’ve created some magical experiences wherever they’ve worked and I’m absolutely convinced that their opening event for The Fire Station will be a special performance that will live long in the memory.

“It’s the sort of large-scale event that Sunderland could expect to see a lot more if we win the 2021 City of Culture bid.

“The Fire Station, The Dun Cow, The Peacock and the soon-to-be-built new auditorium will take Sunderland’s artistic and cultural community a step forward and its right that we celebrate our new hub properly.”

Building work is well on at the £3.5m transformation of the old fire station in High Street West, which after standing empty for 22 years, will house a bar, drama studio, dance studio and heritage centre, thanks to £2.4million of Heritage Lottery Funding (HLF). The MAC Trust won the funding as part of its drive to create a cultural quarter centred around the 110-year-old building.