Posted on 1st March, 2016 in Uncategorised 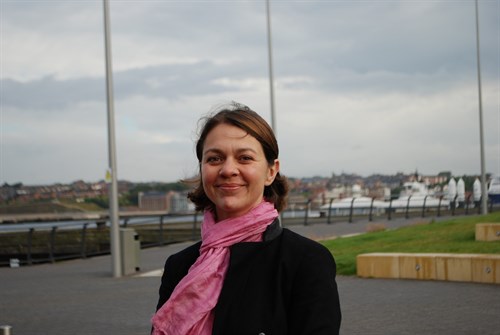 Sunderland’s bid to be UK City of Culture 2021 is gathering pace, with the official appointment of Rebecca Ball as Bid Director.

Project Director of award winning Sunderland and South Tyneside arts programme The Cultural Spring since it began in 2014, Rebecca joins a growing bid team as Sunderland competes to become the third city to hold the title. Ms Ball said:

“There is so much energy and ambition in Sunderland. As well as existing assets such as the Empire Theatre and National Glass Centre, there’s the exciting development of a new cultural quarter around the old Fire Station… The City of Culture bid is going to be an opportunity for Sunderland to establish itself as a national centre for arts, heritage and culture.”

“Planning has already begun and with our Sunderland Cultural Strategy, we already have a strong platform from which to progress…With Rebecca’s appointment we can now begin to focus, refine and deliver on those plans as we build up towards being the UK City of Culture 2021.

An event to launch Sunderland’s ambition to be UK City of Culture last September saw more than 2,000 people turn out to support the city’s bid, and 2016 promises more events showcasing Sunderland’s arts and culture.

Developed through a unique partnership between the University of Sunderland, Sunderland City Council, the MAC Trust and the Sunderland Cultural Partnership, Sunderland’s bid will highlight the city’s existing artistic strengths, as well as show the ways the city can develop and grow its artistic and cultural offer.

The race for the 2021 title promises to be the most hotly contested yet, with a whole host of cities already competing to take the title following Hull’s year in 2017. You can find out more about Sunderland’s bid to be UK City of Culture 2021, as well as the ways that you can get involved, by following us on Twitter @Sunderland2021, liking us on Facebook.